“On your Mark, Get Ready, Go!” Congress and State Politicians Campaign Money Jumpsuit 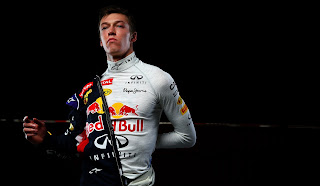 I am not a graphical artist where the picture above is a visual representation of what I believe Congress and state politicians should be required to wear these racing political money jumpsuits with the logos of the companies and powerful individuals that funnel money into their political campaigns. Our country's method of selecting government public servants is rigged by the shameful Citizens United decision made by The U.S. Supreme Court who supported the plaintiff, Citizens United.

To the above, I think for the upcoming 2016 election every official running for office should be required by an amendment to The U.S. Constitution to wear a Politician's Election Corporate Jumpsuit, similar to the one above. The jumpsuit will have the logos of known powerful individuals and corporations who contribute massive amounts of political campaign money to these politicians to act as their drivers' for achieving their own personal interest.

Our system of government is rigged and that can be done-away with by social networks using mobile technologies, and the visual arts that will tell the truth behind every politician's motives to serve their sponsor rather than serving the people that elected them. It's a known fact and its more than usual these politicians vote on policies against the will of people.

Let's bring these individual and corporate logos associated to the forefront of posturing and influencing peddling ( I am being nice here), then use social media and the visual arts to demonstrate the people's vote has clearly spoken and not the powerful and corporate monies has voted against the people.
Posted by Mauricio Bendeck at 7:48 AM No comments:

Mauricio Bendeck
Raised in California. Did the California thing: surfing, paper-route, landscaping, ski (not for me), work, work, work (yes, we teens worked our nalgas-off). Long story moving to N FL then to S FL. Got a gig in financial services, then got turned-on to networks. Exploring the affects of Bluetooth and NFC for B2B, software defined radios (SDR), and UnLicensed Spectrum for LTE-U roll-outs with network elements virtualization. ...I love to spend my time on... ...FAMILY! ...music ...art ...wine ...travel